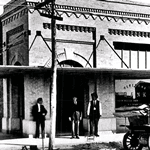 On October 8, 1932, what was then First State Bank of Cedar Hill, on the corner of Houston and Cedar streets, was robbed by Raymond Hamilton, a sidekick of notorious bank robbers Bonnie and Clyde.

After taking the money, he locked employees in the vault and made his getaway. When Hamilton got wind of reports that some of the cash had been hidden during the first robbery, he returned to rob the bank again.

As with most crimes that occurred during that time, any connection to Clyde Barrow or Bonnie Parker, however remote, was dramatized. Reports of shots fired during the First State Bank robbery persisted over the years, but contrary to local legend, no shots were fired during the Cedar Hill event. 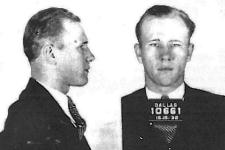 In fact, following the second heist, Hamilton was gone from the scene more than 30 minutes before anyone knew the bank had been robbed, an unfortunate consequence of having better secured the vault following the first robbery. Bank employees forced inside the vault waited hours before being rescued.

This was fortunate for Hamilton, because his stolen car broke down about a mile out of town. Stranded on the roadside, Raymond Hamilton waited until two local farmers drove by and kidnapped them to make his escape. Hamilton, who always considered himself a gentleman bandit, stopped to get the farmers lunch before he let them go.

The consecutive robberies took a toll on the bank, causing it to fall into financial ruin and ultimately close its doors for good.

incarcerated at Eastham Prison in Lovelady, Texas on other charges when, on January 17, 1934, his partners, Bonnie and Clyde, broke him out of jail.

The gang is known to have had an old hide out on the south edge of Cedar Hill and scattered places in the Mountain Creek Valley. Hamilton was later re-captured on April 24, 1934, after robbing the bank in nearby Lewisville, Texas.

Reports of Bonnie and Clyde encounters were quite common during their reign of crime, especially in North Texas, and their legend lived on long after they were gunned down by Louisiana lawmen in 1934. In fact, stories were still being recounted years later by locals such as Ellis County resident, Ray Cavender, who reported his encounter with Bonnie Parker to Fort Worth Star-Telegram staff writer David Casstevens in 2009. Although 75 years had passed since he crossed paths with the duo, the episode was still vivid in his mind.

The building where the robbery took place still stands at 515 Cedar Street in Historic Downtown and is the current home of Cedar Hill Barbers.

Originally Citizens Bank of Cedar Hill, it was built circa 1904 by J. M. Ramsey and "other men of means and influence," including George Riddle and Robert G. Brandenburg. The one-story brick commercial building with its ornate corner entry feature, had two chimneys spaced along the east elevation.

The bank was chartered as the First Guaranty State Bank in 1913 and operated under that name until 1926 when it was changed to the First State Bank, then reope 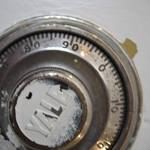 ned as a bank in 1963 with the name of First Bank and Trust.

Since its construction, the building has housed various commercial ventures including furniture, insurance, a title company, law, dental and medical offices, a gallery and, most recently, a barber shop.

In March of 2008 the bank was designated as a historic resource by the City of Cedar Hill and the building bears an official medallion indicating its significance. The bank is part of the 2.2-mile, self-guided walking trail of historic Old Town Cedar Hill. The old safe is still intact inside the barber shop and they welcome visitor's to stop in and take a look inside.